What 2017 May Bring for Digital Marketers 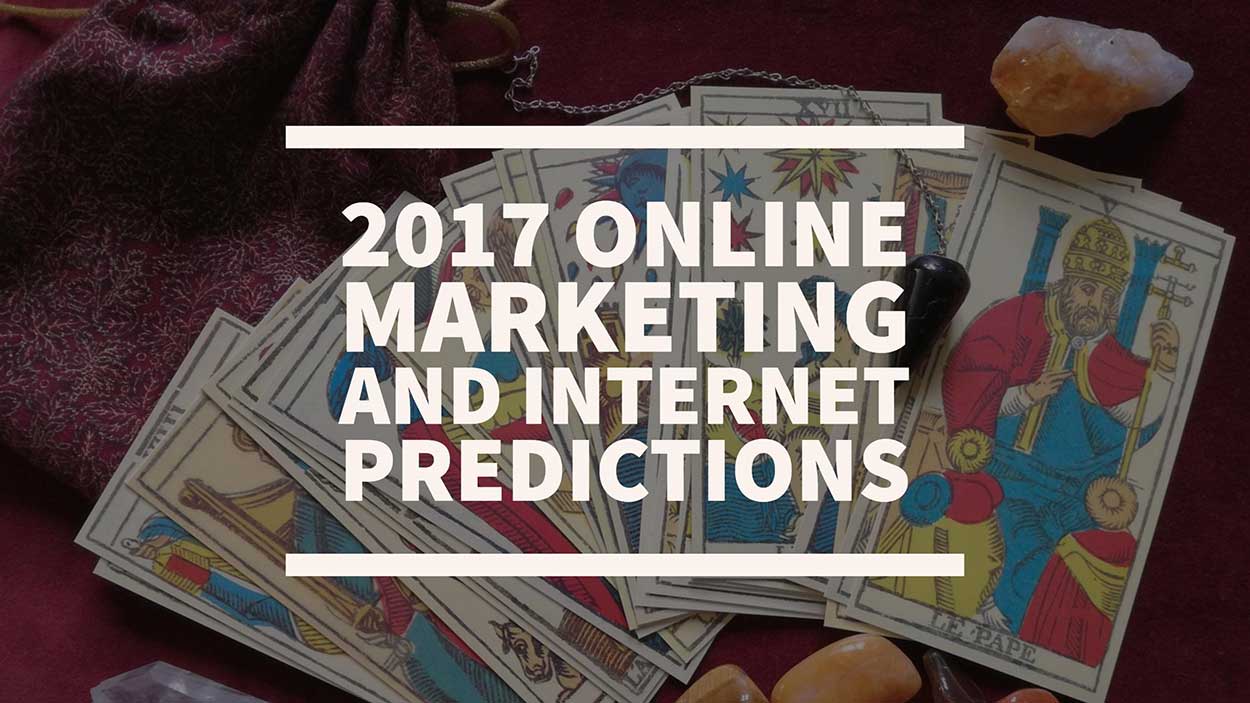 As 2016 has come to an end, and we are now one month into 2017, I’m sure everyone is wondering that what’s going to happen next in the world of the internet and digital marketing.

The only thing constant in the world of online marketing is change, it seems. In 2016, Google announced that they were shifting from a desktop first to a mobile first index, Facebook continued its rapid rise, and Yahoo, as usual, managed to disappoint everyone by first axing 15% of their workforce, and then by letting the data of over a billion users get into the hands of hackers.

This leaves many to wonder what we may be looking forward to in 2017. Here are some of my predictions for what we may see in the this coming year online. 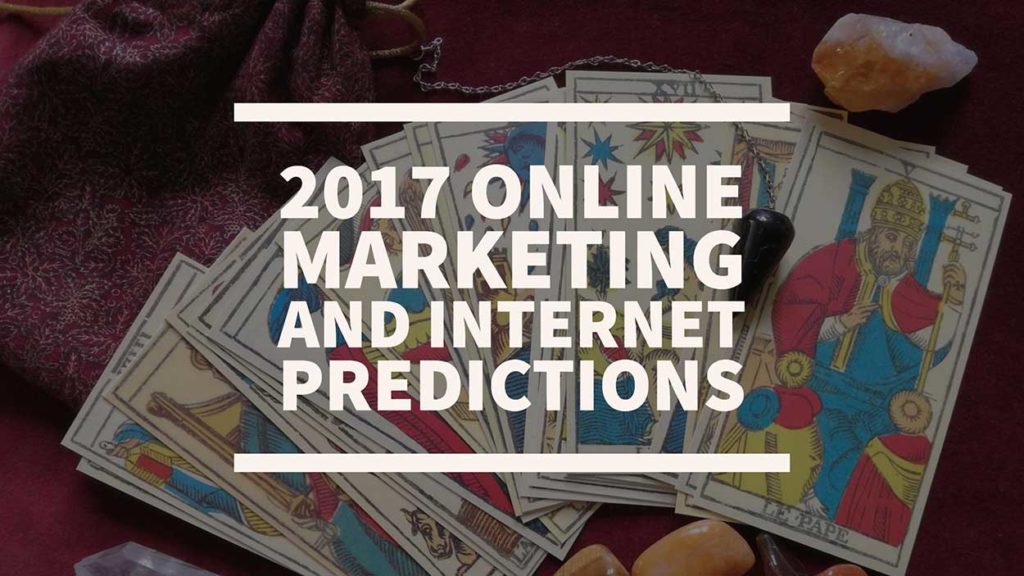 This isn’t just speculation, it is now 100% certainty. In 2016, Google announced that they would be adding warnings to websites that collect personal information over a non-SSL connection.

This means if your website has a shopping cart, requests that a user fill out a form with their personal information, or has a login area, it will be flagged as non-secure to the end user if it does not have a SSL certificate and is not being served up as HTTPS.

So, if your website does any of these things and you haven’t shifted to the secure site yet, now is the time to really start thinking about doing so. But, understand the moving your site the HTTPS can come with it’s own set of challenges, so be sure you are prepared for the investment in time, if you are doing it yourself, or financially, if you are outsourcing it to someone like us for the switch over.

Some people have speculated that sites that are HTTPS may also be getting better placement in search engine results (SERPs).

Progressive web apps (PWAs) will hit the market and offer a way for the little guys to compete with the giants.

I predict that we will see the rise of Progressive Web Apps (PWAs) in the future. PWAs are a new technology that combines apps and responsive web design to create an app-like experience that people use from whatever device they choose.

The benefits of PWAs include the fact that they are reliable, fast and engaging. According to Google:

Progressive Web Apps are user experiences that have the reach of the web, and are:

• Reliable - Load instantly and never show the downasaur, even in uncertain network conditions.

• Engaging - Feel like a natural app on the device, with an immersive user experience.

This new level of quality allows Progressive Web Apps to earn a place on the user’s home screen.

This is a masterstroke by Google, because the traditional mobile app market is dying slowly. Thousands of mobile apps get uploaded on a daily basis to the Apple App Store and Google Play Store and we know how many apps actually get the taste the success after that. Getting people to download your app is one thing and compelling them to keep coming back is another. Do you know that most of the revenue from mobile apps is coming from just 1% of the publishers: Facebook and Google.

So PWAs will not only provide good user experience but will also give a chance for the little guys to compete with the giants.

Facebook launched recommendations a while ago. At first, everyone thought of it as a crowdsourcing tool. But recently, Facebook revealed their ambitious plans that point in the direction of it not just being another crowdsourcing tool, but in fact a golden opportunity for local small business owners to boost their exposure and their sales.

After the latest update to Facebook, people can suggest to friends their favorite restaurants, places, and experiences, and it will be mapped out and saved into one place for users to see.

So, if you are a local business owner, start seeding your business with the help of your friends, existing customers, and family members, as it will likely turn out to be very beneficial for you.

The growth of machine learning SEO.

It has been suggested that machine learning may be a part of Google’s search engine updates for Panda and Penguin, and it may well be part of the “Search Quality” algorithm. And, it is likely that many more types of algorithms may be following.

The barriers to learning basic algorithms are largely gone and major players in the tech industry are leveraging it in some manner. This would be players like Facebook, Apple, Microsoft, and Amazon.

According to Moz.com, a leader in the SEO industry:

For people involved in SEO and digital marketing, you can expect that these major players are going to get better and better at leveraging these algorithms to help them meet their goals. That’s why it will be of critical importance to tune your strategies to align with the goals of those organizations.

In the case of SEO, machine learning will steadily increase the importance of content quality and user experience over time. For you, that makes it time to get on board and make these factors a key part of your overall SEO strategy.

Google closed the Mapmaker because of the heavy spamming. Many experts expressed their concern over this and some people even predicted that the idea might backfire. However, it seems almost impossible that a company like Google will not have another plan in place to tackle the issue. And currently, they are pushing the Local Guides program.

Local Guides by Google is a program that allows users to upload images of places they visit throughout their community. In return, Google searchers will be able to see those images next time they drive to that specific location of interest.

It’s highly likely that they are going to push it by paying huge rewards in exchange for writing local content. They want to generate bottom-line involvement, so the rewards are going to be pretty impressive.

This will, no doubt, work hand in hand with Google My Business. For local businesses Google My Business should be a key part of any online offering, but it is still something that many business owners have neglected.

Over the last 12-18 months, Google’s own Maps offering has gotten stronger and stronger and it has slowly become a more central part of people’s way of getting around and finding new points of interest.

As digital assistants like Google Echo and Amazon Alexa are getting more sophisticated, there’s an increasing chance that they will not only provide convenience, but may also help in solving crimes.

The rise of the internet of things, digital assistants and wearables are making it easier to collect information and solve criminal cases.

Crimes are already being solved by using things digital fingerprints, such as GPS from smartphones and internet browser histories, so it really isn’t a stretch to think that recorded information from a digital assistant isn’t too far in the future for crime solving.

Twitter is now under more pressure then ever to sell, but it seems that no one in the market is willing to pay the price. Most of their potential buyers think that it is overvalued, and, because of this, they have pulled their hand from it.

Looking at the list of the companies that are willing to buy it, Google’s acquisition of Twitter makes the most sense.

And, those, my friends, are some of my predictions for what may lay ahead online in the year to come.

What predictions do you have for digital marketing, websites, search engine optimization, and the internet in general for 2017? Feel free to share in the comments below.

Until then, I’m wishing everyone a very prosperous year in  2017!