Is Your Business Willing To “Pay-to-Play” With Facebook Advertising? 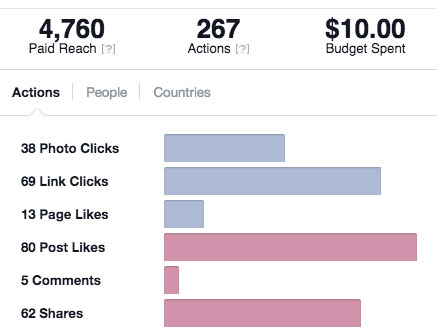 Have you noticed a slow down in visits to your Facebook company/brand page over the past four weeks? As of this past month, it is now officially “pay-to-play” in Facebook land for businesses, when it comes to advertising and promoting your brand.

Back in November, Facebook announced that starting January 2015 it would begin limiting the number of “promotional page posts” it would insert into news feeds. Facebook stated, at the time, that this change would not apply to all businesses posts, but rather the less creative ones that fit certain criteria, such as asking people to buy a product or service, download and install an app, or enter a contest or sweepstakes, and posts that appeared to be repurposed ads.

A spokeswoman from Facebook said that their algorithm would evaluate promotional posts with the same filters it puts on ads, checking, for example, how many people engage with or hide them, when determining whether or not to let them show up in people’s news feeds.

This, in theory, meant that those scrolling through their Facebook feed would be seeing less posts from brands/companies, asking them to buy products or services. Interestingly enough, I noticed in my own personal Facebook feed an increase in such posts in January.

However – and here’s the catch – they all were from local businesses and they all included a tiny little word called sponsored in them.

This is because what Facebook has done is cracked down on businesses trying to share “ad-style” content with their followers, unless they PAY FOR IT, of course!

Facebook stated that the shift was in order to create a better news feed for users who don’t want to see ad postings in their news feeds, in addition to the ads that Facebook was already feeding up on their page. Personally, I’m not sure I buy that, since I ended up getting more ads in my feed in January with the little sponsored word in them.

And, oh my, did this announcement anger companies who had spent many years building up their following on Facebook for this very reason. Many were upset that they had built up 10’s of thousands of followers and now their posts were no longer going to be sent out in the news feeds to these followers who took the time to “like” their company’s Facebook page.

According to The Hub:

Facebook is also laying to rest the idea that good content will be rewarded regardless of its algorithm. No matter how creative a brand’s Facebook posts may be, they simply won’t get shown to anymore than a negligible fraction of their followers. With this move, Facebook has completed its transition to a proper media channel, much like television or radio, where no brand presence is for free.

And, while I can understand the outrage many are feeling at now having to pay for something that didn’t have to before, I also have to look at it from a business marketing perspective. It may not be a bad thing! Okay, I can feel all of you scowling at me now through the computer. Hear me out.

Listen, many of your competitors aren’t willing to “pay-to-play” with Facebook advertising, either because they don’t want to work more money into their advertising budget, or, as I have heard many say, they simply “aren’t going to play this game with Facebook,” while angrily stomping their foot.

So, it seems to me, that this means your competition for advertising on Facebook will be diluted, which in turn, will make your advertising stand out more.

Free advertising is not necessarily good advertising. When it’s free everyone jumps on board. When you have to open your pocketbooks, it narrows the playing field a bit more.

You are likely already working with an advertising and marketing budget of some sort for things like yellow page advertising, signage, ads in industry or Chamber directories, Google AdWords, etc. Why not just roll Facebook advertising into that budget? It certainly isn’t going to be anywhere near as expensive to do so as the other venues you are currently using.

I have actually worked with a several of my clients in doing some “sponsored” Facebook advertising this past month, and, it turns out, it is really probably one of the least expensive methods of advertising available to you right now. It’s also one of the easiest for a lay person to understand, and has great easy to use tools for targeting your sponsored Facebook advertising to the right markets.

I had one client who was advertising an upcoming event in his area. He was able to target people within 25 miles of where his event was going to be held, even people who had never liked his company’s Facebook page, by setting up two sponsored ads on Facebook. He did no other local advertising. No newspaper ads. No flyers. No mailings.

He spent $7 on one ad, which reached 2,750 people and had 30 people sharing his ad with their friends and family on Facebook. Being happy with those numbers, he spent $10 on a second ad and this time got 4,760 people reached and 62 shares. So, for a grand total of $17 he reached over 7,500 people who would have not known about his event.

Doing this gave him a turnout he was happy with at his event, got his page several more likes and comments from people who weren’t even aware of his business before, and, at $17, cost a heck of a lot less than a newspaper advertisement or mailing would have cost.

I realize we are not talking big numbers here, but keep in mind the event was limited to local residents only, so a small audience was targeted, and only $17 was spent. $17! Imagine if he had thrown $50 or even $100 at the ads, which is still fairly small change for advertising.

I have to agree with this, again from The Hub:

Smarter marketers will have already adapted by beefing up their social media budgets and familiarizing themselves with Facebook ad targeting tools. Make no mistake, there are some excellent features for marketers looking to target and engage audiences on the platform. But the days of hoping for a post to go viral on Facebook are over.

Let’s face it, no one likes to pay for something that was previously “free,” but smart marketers are going to jump on board, realizing that social media is yet another form, and likely even a good one, for advertising and promoting their business.